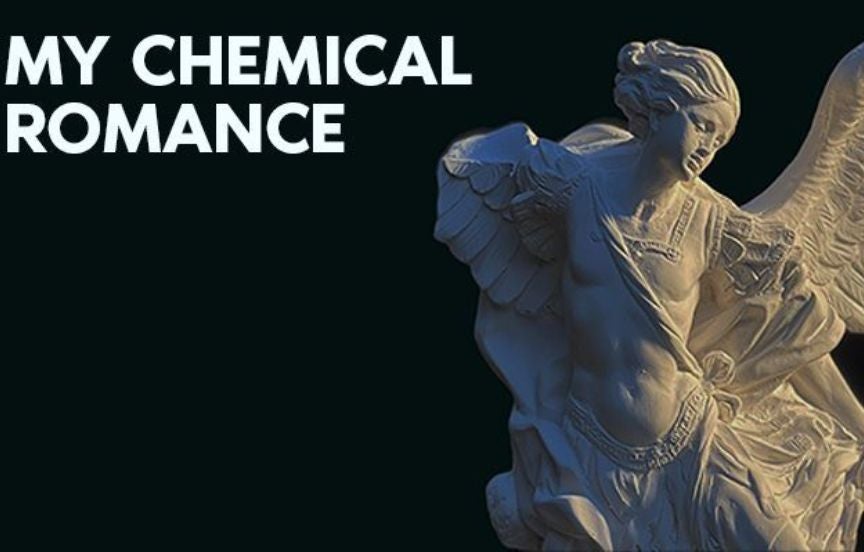 Following the band’s triumphant return to the stage in Los Angeles, CA in 2020, My Chemical Romance have announced additional North American tour dates to their already massive run.

In addition to 14 new arena shows, the group have released additional tickets for their already existing and previously sold out North American shows. The 14 new shows include 10 new cities across the states, including MVP Arena on August 30th!

As of Feb. 11, 2022 masks are no longer required. Patrons who are more comfortable wearing one are encouraged to do so. Patrons are not required to show proof of vaccination or negative test result. This policy is subject to change.

This week at #MVPArena ✨
Thanks to our friends at @nationalgrid, we're putting the spotlight on the Albany Police Department Mounted Unit as the May First Responder of the Month! We thank you for your service👮🐎
🚨POSTPONED🚨 Tonight’s Empire game has been postponed until tomorrow, May 22nd, at 5pm. All tickets for tonight’s game will be honored tomorrow.
Happy Birthday Cody Johnson!!🥳 We are just under 3 months until he stops by #MVPArena who's excited!? - 🎟: https://bit.ly/codyjohnsonmvp
IT'S GAME DAY 🔥 The Empire are BACK! Looking for last second tix to tonight's Military Appreciation Game? Look no further👀⬇️ - 🎟: https://bit.ly/Empire2022
🚨TOMORROW🚨 The Empire return home after a month and they're taking on the Jacksonville Sharks!🛡️🦈 All Military personnel get in FREE with proof of military ID in honor of Military Appreciation Day! All kids under 12 also get in FREE! Join us at 5pm on South Pearl for the block party then head inside for some FOOOOTBALL🔥🏈 - 🎟: https://bit.ly/Empire2022
Have you heard the news!? Kids under 12 are FREE at every Empire home game for the rest of the season 😱🏈 Next game is THIS SATURDAY, May 21st at 7pm! **Tickets purchased through Ticketmaster will have a $1 fee, tickets purchased through the box office and Empire offices have no fee** - 🎟: https://bit.ly/Empire2022
🔥ONE WEEK🔥 until Skipknot brings the Knotfest Roadshow to #MVPArena! We're at the one week mark people, get excited!!! ⚡️ - 🎟: https://bit.ly/Slipknot-mvp
This week at #MVPArena ✨
We had so much fun with both graduations yesterday, we're going in for #3 today🎓🥳 Congrats to all the 2022 grads celebrating this weekend!
1️⃣ week until the Empire is back home 💪🔥 - 🎟: https://bit.ly/Empire2022
Congrats to the class of 2022🍾🎓 This weekend we're hosting 3️⃣ commencement ceremonies for Siena, St. Rose, and Russell Sage! Are you celebrating with us!?🎉
Did you hear👂?! @mychemicalromance Dropped a new single! http://mcr.lnk.to/thefoundationsofdecay Don't miss them at #MVParena on August 30! Link in bio
#OTD in #MVPArena history Ed Sheeran stopped by for the ✖️ Tour ⚡ Were you here!?
Visiting us for Casting Crowns tonight or one of the 3 graduations this weekend?!🎓 Stop into the Albany Stadium, conveniently accessed through our atrium, for a pre-show meal or post grad celebration 🥪🍾
IT'S SHOW DAY 🎶 Casting Crowns stops by #MVPArena tonight with We The Kingdom! - 🎟: https://bit.ly/castingcrowns-mvp
🔥10 DAYS🔥 until the Empire are back on their home field at #MVPArena for the 2022 MILITARY GAME 🇺🇸 Present your military ID at the box office or Albany Empire office and receive free admission to the game!!🥳 - 🎟: https://bit.ly/Empire2022
🤘 weeks until Slipknot rocks our stage ⚡️ Do you have your tix yet!? - 🎟: https://bit.ly/Slipknot-mvp
🚨LAST DAY🚨 Live Nation's Concert Week is winding down so be sure to get your $25 All-In Tickets before 11:59pm TONIGHT! This offer applies to Slipknot's Knotfest Roadshow, coming to #MVPArena on May 24th 🔥 - 🎟: https://bit.ly/Slipknot-mvp
#OTD in #MVPArena history Kenny Chesney performed for a sold out house 🤠 Were you here for the Songs for the Saints Tour!?
This week at #MVPArena ✨
Happy Mother's Day to all the moms out there🥳✨ Keep on rockin!!🙌
Good luck to our home team 🔥🐺 The FireWolves are taking on the Bandits tonight at 7:30 in Buffalo for the first round of the NLL playoffs! Let's bring that W back home🥍
SHOW DAY AT #MVPARENA 🔥 Looking for Friday night plans!? We got you ✨ - 🎟: https://bit.ly/WWIIImvp
ON SALE NOW ✨ Luke Combs: The Middle of Somewhere Tour, coming to #MVPArena on September 30th & October 1st! - 🎟: https://bit.ly/LUKEMVP